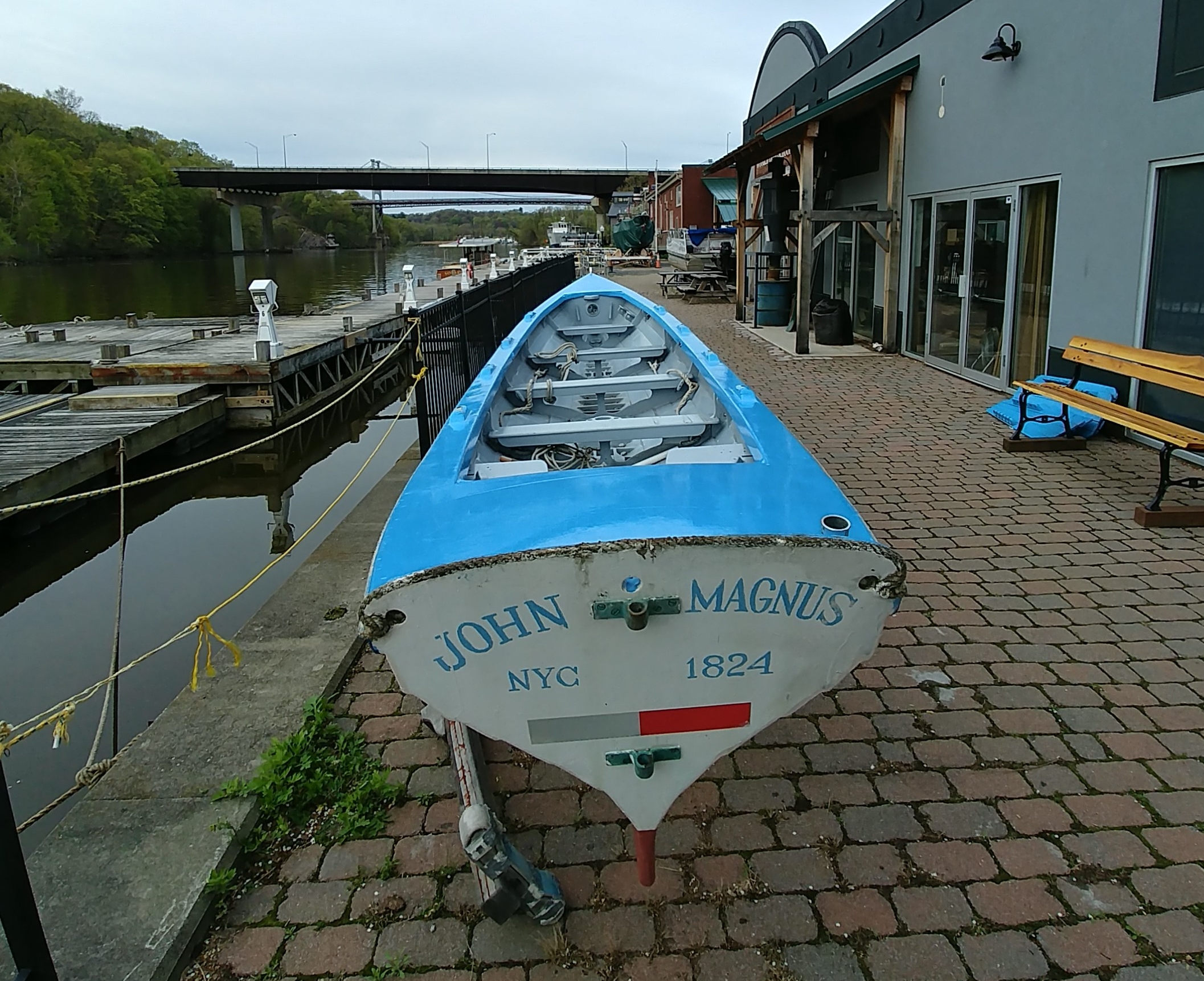 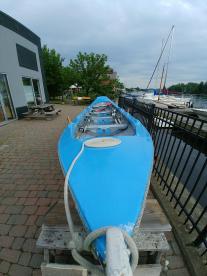 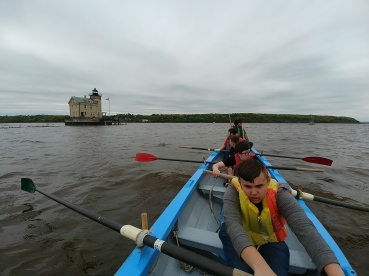 The John Magnus is the replica of a Whitehall boat known as “the American Star”. The replica was built around 1992 by student members of a group known as “Floating the Apple” in  New York City.  Known for its balance and speed, the Whitehall style design was developed over many years.  Possibly as far back as 1690 in England.

It was the the American Star, that beat the crew of a British frigate, the Hussar, in a friendly race in New York Harbor in the year 1824. The British boat was called “the Dart”. The coxswain of the American Star, John Magnus, was only 14 years old!

Whitehall gigs dominated in the New York harbor during the late 1700’s and 1800’s. Before piers were established in the harbor, these gigs would ferry owner’s agents, friends of passengers, reporters eager to get foreign news, and junkmen who scavenged the waterfront looking for salvage. Even thieves and thugs pretending to be junkmen approached incoming ships. Police chased them in their own Whitehalls!

The two boats (Hussar and American Star) were evenly matched and it was said that it was the difference in the styles of rowing that decided the day. The British crew pulled with a long sweeping stroke “by throwing back their whole bodies as if they were towing an man-of-war”, while the Americans sat straight, “moving with quick, short strokes and drawing back with a jerk.” One paper gave the number of strokes per minute for the American Star as forty-six as against thirty-nine per minute for the Dart.

The History of the Whitehall 1     https://www.whitehallrow.com/history-of-the-whitehall-rowboat-part-1/

The History of the Whitehall 2 https://www.whitehallrow.com/history-of-the-whitehall-rowboat-part-2/

Whitehall:  The Beauty of a Wooden Rowboat https://www.youtube.com/watch?v=gcNhCQMa9eE&t=16s

The Story of the American Star https://www.villagecommunityboathouse.org/2016/09/the-story-of-the-american-star/

Because the Whitehall is the type of boat used for many years by the American Red Cross certified lifeguards, they created a schematic of the correct size of the oars to be used on these boats:

Log of the John Magnus trip taken from Manhattan to the Erie Canal in 2006: http://www.newyorkharborbeaches.org/hudsonlog.htm

Mike Davis and Floating the Apple